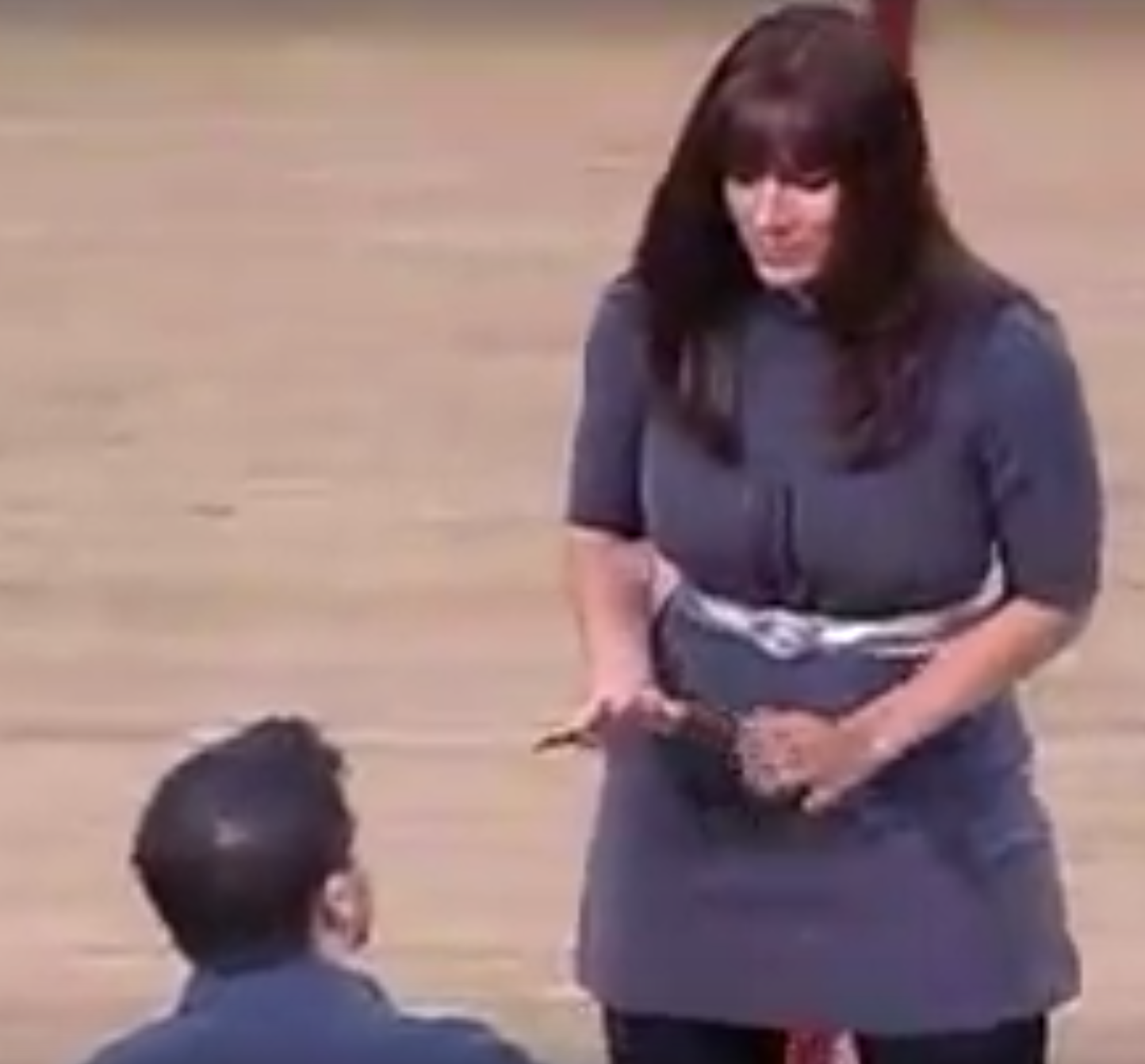 A public proposal seems like such a cool idea. Just think of the romance of it all!  Your sweetheart will revel in all the attention as a mob of strangers applaud this beautiful moment. You’ll talk about it the rest of your lives.

On the other hand, you might want to consider the downside of such a grand gesture.

Did you see the recent story in the news about a flight attendant with China Eastern Airlines.

It seems her longstanding boyfriend decided to propose 30 minutes after take-off, as you can see on the video below.

The passengers loved it and gave them a big round of applause. This public proposal was the culmination of a fairy tale romance, and the couple lived happily ever after, right? Not exactly.

The airline wasn’t happy with all of these romantic shenanigans. They sent the flight attendant a termination letter, explaining that the incident caused her to “neglect passenger safety.”

The airline came on strong, explaining that her …

“private romantic behavior caused turmoil among passengers” and was “extremely irresponsible for the safety of passengers.”

So much for romance!

There’s another risk of a public proposal:  she might say no.  Here’s an example that took place at an NBA game:

The young woman clearly wasn’t ready for marriage, at least with this gentleman.  She let the young man down as gently as possible, counting down the seconds until she could extricate herself from such an embarrassing spectacle.  And the poor guy was humiliated.  Just look at some of the basketball players trying to refrain from snickering.

Not all public proposals end badly.  Simply exercise caution as you plot out the details of your proposal.

By the same token, exercise caution as you plan your entertainment for your event.  Here’s why: Entertainment makes the event.  wedding couples often lament that they scrimped on this single, critical element of your wedding celebration.